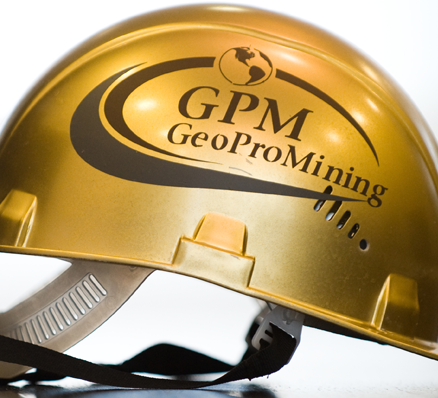 According to company’s website, its strategy aims “to build on existing operations, taking advantage of significant opportunities for growth through brownfield expansion, greenfield exploration, new mine development and resource expansion”.

Chairman of the Board of Directors and the founder of the company is Siman Povarenkin.

Siman Povarenkin is a Russian entrepreneur with investments in metals & mining, geophysics and medical and health technology in the CIS, Asia, Europe and Latin America. One of Mr. Povarenkin’s substantial investments is in GeoProMining.

As it is said at the official website of the company, GeoProMining’s key operating units are:

GPM Gold includes the Zod mine, partially located in occupied Nagorno Karabakh. and the Ararat gold extraction plant in Armenia.  In terms of explored resources, the Zod mine is one of the largest in the region and holds significant reserves.  After its illegal acquisition in late 2007, GPM restarted production at the mine and processing facility in 2008.

The current capital investment program targets construction of a new Albion processing plant at the Ararat facility, which would significantly increase the extraction coefficient for sulphide-heavy ores from the Zod mine.

In fact Zod sits astride the Armenian-Nagorno-Karabakh border. Legally speaking therefore it is a shared asset between Armenia and Azerbaijan, which should split revenues. In practice it is not even shared between Armenia and the rump administration in Stepanakert.

Zod is managed officially by GeoProMining Gold LLC (GPM Gold). In Yerevan, on paper the Ministry of Energy Infrastructures and Natural Resources lists the main shareholder as one Siman Povarenkin, a Russian entrepreneur. Povarenkin is an interesting character in his own right, including being linked to controversial British Brexit campaigner and Leave.EU donor Arron Banks.

Also, in the wake of the poisoning of Sergei and Yulia Skripal in Britain, his “tier one” visa has been under review, according to The Guardian.

As for his mining firm, GeoProMining Gold LLC (GPM Gold) is also somewhat shady. GPM Gold’s actual ownership is wrapped up in a complex network designed to obscure our view. Armenia’s Corporate Registry listed GPM Gold as owned by Dutch registered Dieze BV, which maintains offices in those well-known mining hotspots of Cyprus and the British Virgin Islands, in addition to Russia. In Cyprus, for example, at one point 16% of the shares were allocated to a pair of Cypriot companies – Belmarsh Solutions and Gosforth Enterprises – and its ownership is spun out even further to Luxembourg.

Why the secrecy? The Panama Papers scandal put obscure company ownership and anonymous business entities back in the spotlight. Yet from Zod, GPM Gold’s corporate structure snakes out across the world, creating limited liability in multiple jurisdictions, designed to avoid taxation and, most importantly, obfuscate on the issue of ownership.

Ultimately, how much gold is coming out of Zod? No one is entirely sure.

No reports appear on the company’s website. Where does the extracted gold go from the Ararat gold recovery plant? Again, no one is entirely sure.

Yet, despite the secrecy that surrounds GeoProMining Gold LLC (GPM Gold)’s operations, it is clear that the operation’s gold production must certainly be in nine figures each year. And its ownership is linked to Armenian highest elite including former president Robert Kocharian.