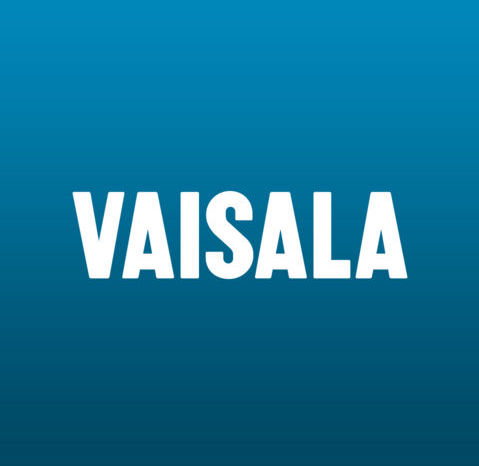 Vaisala is a Finnish company that develops, manufactures and markets products and services for environmental and industrial measurement.

The parent company Vaisala Oyj, domicile in Vantaa, Finland, is listed on the NASDAQ OMX Helsinki.

It should be noted, that Stepanakert Airport is an airport in Khojaly, near Stepanakert (Khankandi), capital city of unrecognized NKR, which is an internationally recognized part of Azerbaijan.

The airport has been under the control of the Armenian occupational forces since 1992. Regular flights ceased to take place with the escalation of the Nagorno-Karabakh War in 1990.

As the airport lies within the internationally recognized borders of Azerbaijan, and the current government is unrecognized, there are no codes for the airport in the official IATA list. No official flights are being conducted.

Airport is allegedly used for illegal operations, including shipments of drugs from Afghanistan via Central Asia and Iran.

In 2009, de facto Nagorno-Karabakh authorities began the reconstruction of the facilities. Though originally scheduled to launch the first commercial flights on May 9, 2011, NKR officials postponed a new reopening date throughout the whole of 2011.

In May 2012, the director of so called Nagorno-Karabakh Republic Civil Aviation Administration, Tigran Gabrielyan, announced that the airport would begin operations in mid-2012.

However, the airport still remains closed due to security reasons and strong protests from Azerbaijan.

Shortly after so called Nagorno-Karabakh Republic Civil Aviation Department's statement announcing the May 9, 2011 opening date, Arif Mammadov, director of Azerbaijan’s Civil Aviation Administration warned that according to aviation laws, flights from Yerevan to Stepanakert are not authorized and may be shot down.

President of Armenia Serzh Sargsyan in response said that he would be the first passenger on inaugural Yerevan-Stepanakert flight.

The Azerbaijani Presidential administration condemned Sargsyan's statement as a provocation.

The United States Assistant Secretary, Philip Gordon, as well as then ambassadors to Azerbaijan and Armenia, Matthew Bryza and Marie L. Yovanovitch, respectively, advised that issues related to the security of the airport should be solved before its opening.

The OSCE Minsk Group, which mediates the conflict, reaffirmed that the operation of this airport could not be used to support any claim of a change in the status of Nagorno-Karabakh, and urged the sides to act in accordance with international law and consistent with current practice for flights over their territory.

A number of individuals and groups have openly voiced their opposition to the opening of the airport, including the United States ambassador to Azerbaijan Richard Morningstar who stated in November 2012 he was "convinced that the functioning of the airport would not help the peace process."

On April 14, 2011, twenty-three members from the Parliamentary Assembly of the Council of Europe (PACE) endorsed a declaration condemning “the construction by Armenia of an airport in the occupied Azerbaijani territories.” The document stresses that the construction is contrary to the norms of international law. The declaration required Yerevan to stop the airport construction.

The Turkish government condemned the efforts of Armenia to open the airport, and reiterated that it will close its air space to Armenia, if the opening goes ahead.