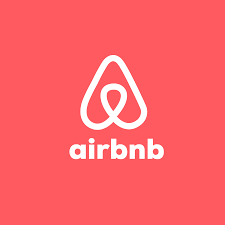 A‌i‌r‌b‌n‌b‌,‌‌I‌n‌c‌.‌ is a privately held global company headquartered in San Francisco that operates an online marketplace and hospitality service which is accessible via its websites and mobile apps.

Members can use the service to arrange or offer lodging, primarily homestays, or tourism experiences. The company does not own any of the real estate listings, nor does it host events; as a broker, it receives commissions from every booking.

The UNHRC has targeted Airbnb because it does not prevent Jews in the West Bank from listing their homes on its site. The UNHRC does not, however, disapprove of Airbnb’s activities in Nagorno-Karabakh, where it allows listings for rooms in occupied settlements such as Stepanakert (Hankendi) and Shusha, whose entire Azeri populations have been forced to flee.

In 2018, after critics from UNHRC, Airbnb announced that it will remove the approximately 200 "listings in Israeli settlements in the occupied West Bank that are at the core of the dispute between Israelis and Palestinians".

The decision does not apply to Israeli settlements in East Jerusalem or the Golan Heights.

A spokesperson for Human Rights Watch, which was just about to release a report critical of both Airbnb and Booking.com, said that "Airbnb has taken a stand against discrimination, displacement, and land theft" and called on other tourism companies to follow suit.

The company has been criticized for minimizing its tax liability by setting up a double Irish arrangement through subsidiaries in Ireland and Jersey.

In July 2016, former Attorney General Eric Holder was hired to help craft an anti-discrimination policy for Airbnb after the company faced many complaints related to racism, including a study by Harvard Business School that showed widespread discrimination by hosts against guests whose names suggested that they were black.