It is the twelfth largest mobile network operator in the world and the fourth largest in Europe after Vodafone, Telefónica and VEON.

The major shareholders of Orange as of 31 December 2015 are the state of France through Agence des participations de l'État and Banque publique d'investissement (replacing Fonds stratégique d'investissement) for 23.04%. As in mid-2013, Orange employees, who own 4.81%, and the company itself, who own 0.58%.

Business in Armenia and occupied Nagorno-Karabakh

According to “Who else profits 2017” report, Oorange s.A. operated in Armenia through a direct subsidiary, orange Armenia.

Orange s.A. was granted a license to operate in Armenia in 2008 and began its commercial operation in 2009. Unlike its Israel service, which was operated by a local company that merely licensed the trademark, orange Armenia was directly run by the French-based company and headed by a French executive. From 2012–15, orange Armenia’s CEO was Francis Gelibter, a top-tier executive at orange s.A., who has served as director of international finance and chief finance officer at Orange, director at orange Belgium, Orange Romania, and Mobistar, and director of the supervisory board at Orange Slovensko.

The company actively cooperated with the Nagorno-Karabakh Republic, referring to the territory as “NKR,” the name of the entirely unrecognized and self-proclaimed state,and as “Artsakh,” the name for the region, favored by Armenian nationalists.

It provided roaming services in the “NKR” through a special agreement with Karabakh telecom, a company based in the disputed territory and dedicated primarily to serving it. A press release announcing price reduction in the service said that its goal was to make things more “convenient” for Armenians traveling into the territory, including Armenian Army soldiers posted in the “NKR”.

Going beyond its for-profit services, for many years Orange s.A. helped run a fundraiser for strategic infrastructure projects in the “NKR”, supporting the settlement enterprise building in occupied Karabakh. 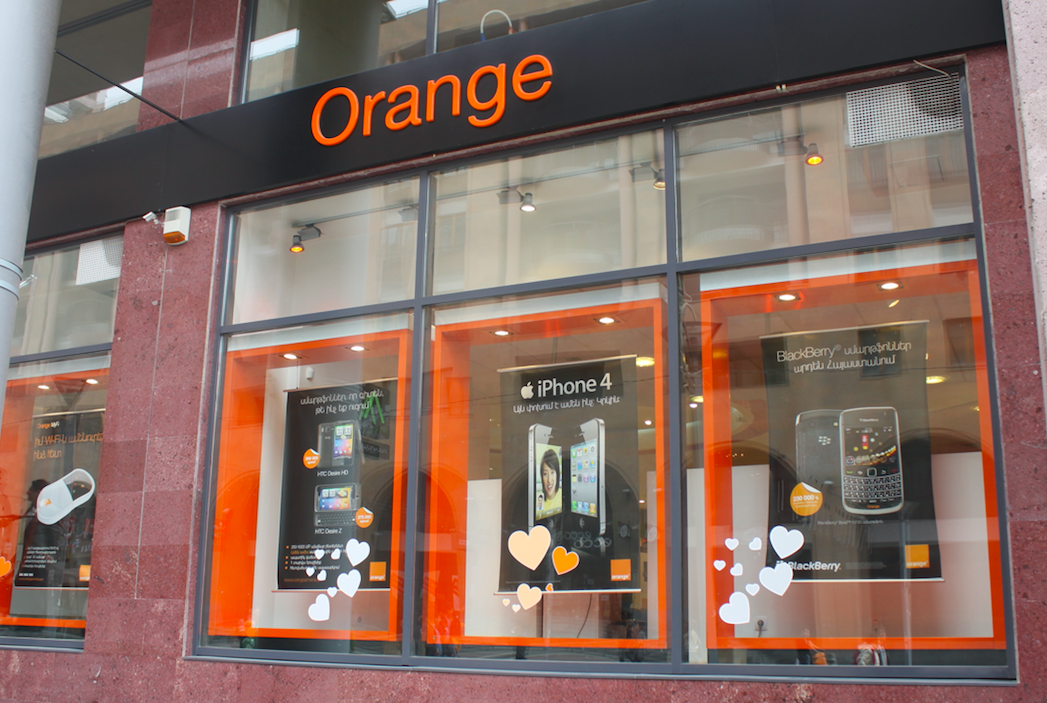 Orange s.A. sold its Armenian operation to Ucom, a local company, in July 2015.Nevertheless, Orange s.A. France continued its support for Armenian settlers causes. For example, in late 2015, Orange S.A. France provided its calling center facilities in Paris, Lyon, Marseille, and Toulouse to Hayastan All-Armenian Fund for their “Phonethon” which successfully raised almost one and a half million dollars for projects in Armenia and in Nagorno-Karabakh.

In fact, some of the phone-a-thon volunteers were Orange S.A. employees.Hayastan All-Armenian Fund projects include, inter alia, strategic infrastructure construction between Armenia and Nagorno-Karabakh, financial assistance to ethnic-Armenian settlers from Armenia and other countries, and building new of settlements.

Between the beginning of January 2008 and April 2011, more than 60 France Télécom employees committed suicide, (in 2008 and the early part of 2009 there were 25) some leaving notes blaming stress and misery at work.

In October 2009, the wave of suicides led former Deputy CEO Louis-Pierre Wenes to resign under trade union pressure, to be replaced by Stéphane Richard.

Following an investigation, the Inspection du travail (Labour Inspection) told the labour union Sud-PTT that the work organisation at France Télécom "was conducive to generating suffering at work" and "health risks" for employees. Working conditions were deemed difficult, mainly for personnel in charge of sales and "customer interventions". Given heavy media coverage, these findings were the source of major contention about working conditions.

In March 2011, the information website OWNI uncovered a questionable financial deal that enabled the Orange group to acquire a 3G license.

The French chairman and CEO of the Orange telecommunications company, Stéphane Richard said in Cairo regarding his company operations in Israel, "Believe me, I would cancel the contract tomorrow if I could. We want to end this and to fix this; we don't want it."

Later, Orange announced its desire to discontinue use of its popular brand name by its Israeli operator Partner Communications Company. The president of the State of Israel Reuven Rivlin said in response "Just yesterday Israel faced attacks from anti-Israel and anti-Semitic bodies, who have chosen to delegitimize the state of Israel, and to launch rockets at us from the Gaza Strip. We must face these challenges together, right and left," Rivlin said.

Israeli culture minister Miri Regev said, "I call on Jews of France and the world to disconnect from Orange unless Stéphane Richard takes back his words. The time has come for them to understand that Jews in the world and sane voices that oppose anti-Semitism and racism also have power."

The statement on the company's website announced in response that "The Orange Group is a telecoms operator and as such its primary concern is to defend and promote the value of its brand in markets in which it is present," the statement began. "The Group does not engage in any kind of political debate under any circumstance."

Later, Richard visited Israel to clarify his remarks. He met Israeli PM Benyamin Netanyahu and former president, Shimon Peres. Richard told both Netanyahu and Peres that Orange has not and will not support anti-Israel boycott efforts, and insisted that its announced decision to abrogate its relationship with Partner was purely commercial and not political.