Minister of Defence of Armenia

In 1983, he married his wife, Rita, with whom he has two daughters, Anush and Satenik.

Sargsyan won the February 2008 presidential election with the backing of the ruling Republican Party of Armenia.

Rival candidate Ter-Petrossian's supporters, disputing the official results, held large protests in Yerevan for over a week following the election, until they were violently broken up on 1 March; ten people (eight protestors and two police officers) were killed, and a state of emergency was imposed for 20 days, ending on 20 March 2008.

On 18 February 2013, he was re-elected as president and served the entire term.

Despite pledging in 2014 not to become Prime Minister again while supporting an amendment of the constitution in 2015 that would allow it, Sargsyan was again elected Prime Minister of Armenia in April 2018, in what opposition figures described as a "power grab".

Sargsyan participated in occupation of Nagorno Karabakh and surrounding regions of Azerbaijan Republic.

He is well known for participation in Khojaly massacre and his interview to British author Tom De Waal who quoted him saying: “Before Khojaly, the Azerbaijanis thought that they were joking with us, they thought that the Armenians were people who could not raise their hand against the civilian population. We needed to put a stop to all that. And that’s what happened”. 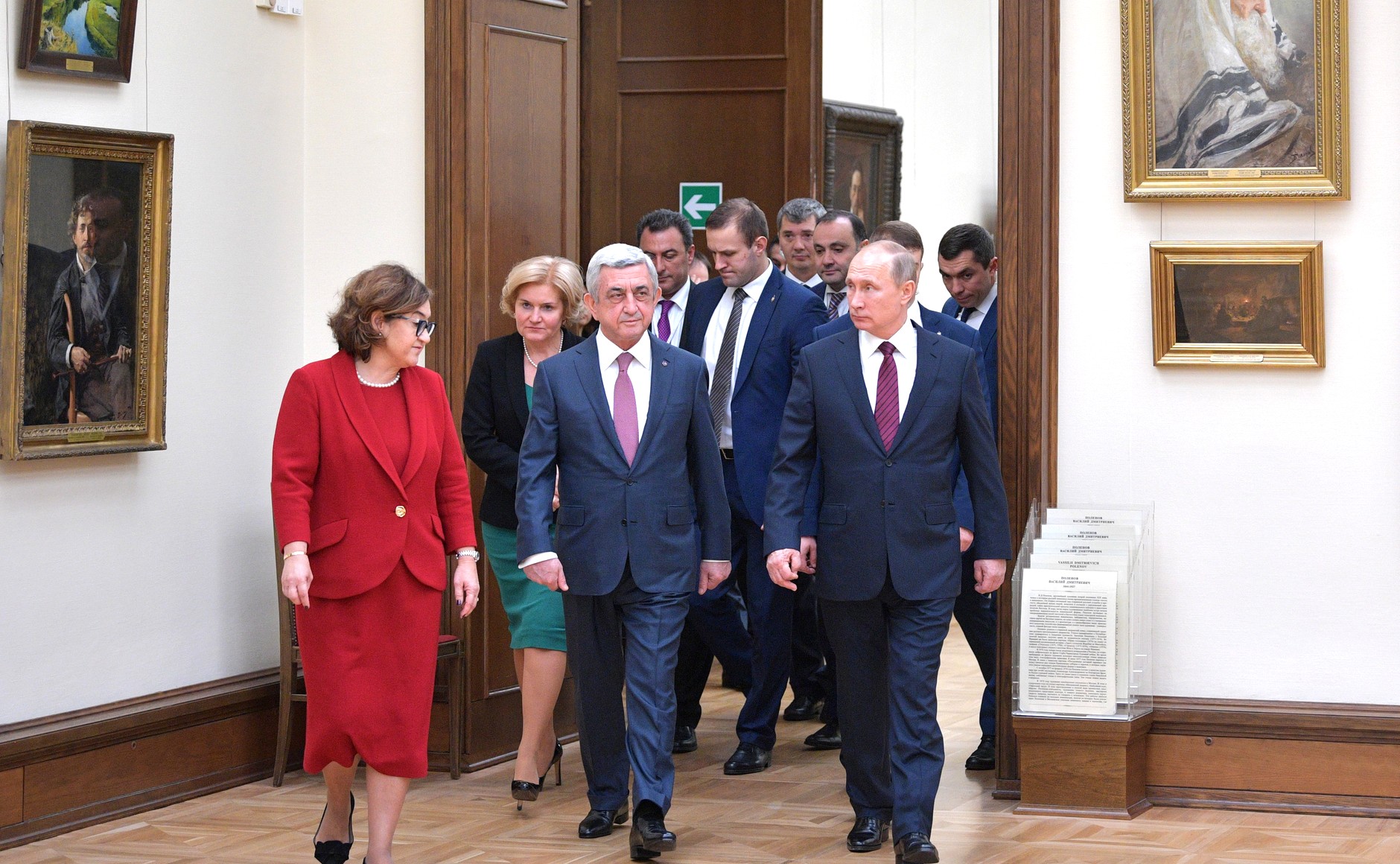 In a Wikileaks cable named THE BUSINESS OF POLITICS: LEADING ENTERPRISES OF POLITICAL ELITES ambassador Marie Yovanovich reported that the murky ownership of Armenia's major industry clusters was a hidden driver of Armenian politics and elites' inter-relationships.

According to the cable “enterprises were divided into one of two major political/economic pyramids: one headed by President Serzh Sargsian and the other by ex-President Robert Kocharian.

Regarding the weapons smuggling the Washington Times newspaper wrote that “Western diplomat familiar with the incident said the United States had multiple streams of intelligence connecting the Armenian arms shipment to Iran with the deaths of U.S. soldiers in 2007 in Iraq”.

As news outlet stated, when Mr. Sargsyan was first confronted with this intelligence in 2008 on the sidelines of the U.N. General Assembly by Secretary of State Condoleezza Rice, he denied knowing anything about the matter.

According to the Wikileaks cable though, State Department’s Mr. Negroponte, however, laid out the consequences to Armenia in the letter.

After leveling the threat, Mr. Negroponte told Mr. Sargsyan that in order to avoid sanctions he had to provide a written assurance to the United States that Armenia would update its export-control laws, establish teams of customs specialists at the border to check for contraband and dual-use exports and allow U.S. spot inspections of these checkpoints and make public its export-control lists.