Co-founder and CEO of the Franck Muller Group, Vartan Sirmakes was born in Istanbul in 1956, in a family of Armenian jewelers. He moved to Geneva at the age of 18.

Upon his arrival in Geneva in 1974, he started a jewel-setting apprenticeship with Antonio Bertolini. As soon as he obtained his diploma, he set up his own workshop in the Eaux-Vives area of Geneva.

As it is said at Franck Muller official website, “his passion for design, architecture and beautiful objects, inspired him to diversify his business and enter the watchcase business in partnership with Pierre Ecoffey, a bracelet and watchcase manufacturer”.

The manufacturing of high-end watches had now become his goal, and for this, he found in Franck Muller a suitable partner with whom Frank Muller company was founded in 1992.

Vartan Sirmakes is one of the most active investors to Armenia and occupied Nagorno Karabakh, controlled by the separatist Armenian regime.

As it was reported by Hetq.am in 2014 Vartan Sirmakes, chairman and co-owner of luxury watch brand Franck Muller, was planning to finance the “Hin Yerevan” (Old Yerevan) construction project slated for downtown Yerevan that is estimated to cost between US$120-130 million.

In 2015 it was reported that Sirmakes is the investor behind The black caviar production company Golden Fish in occupied Karabakh.

Investments into economic activity in occupied lands of Nagorno Karabakh:

“Artsakhbank CJSC”, established in February 1996 with License No. 75 from CBAwith the head office in Yerevan (Armenia), provides banking services to the structures of the separatist regime.As of August 2015, the bank had 22 branches, 7 of which are located in Yerevan and 15 throughout the occupied territories.

The bank is a shareholder in the Armenian Card CJSC, and a full member of Armenia’s “ArCa” payment system. The bank is a member of SWIFT International (since 2003) and affiliate member of Europay/Mastercard International payment system (since 2005). The biggest shareholders of the bank are foreign individuals. The bank’s shares are owned by Armenia- registered Business Fund of Armenia CJSC (40.7 percent), a Swiss national Vartan Sirmakes (25.6 percent) and Hrach Kaprielyan (USA) (23.2 percent), who is the chairman of the bank’s Executive Board. To note, Vartan Sirmakes is Business Fund of Armenia’s 100 percent shareholder and a board member, which means that he owns in total some 66.3 percent of shares in “Artsakhbank”. 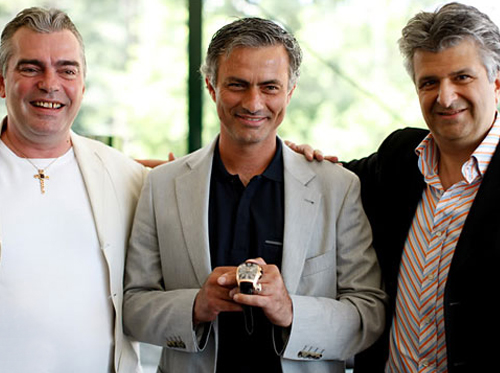 Other business interests in Karabakh

Vartan Sirmakes is a major shareholder of “ArtsakhHEK OJSC”. He is also financing the construction of infrastructure, including fish- growing plant, built by Golden Fish company for producing black caviar near Madagis village in the occupied part of the Tartar district. As noted above, he is a holder of 66.3 percent of shares of “Artsakhbank CJSC”, operating in the occupied territories, and also a founder and owner of 80 percent shares of Armenia's Armswissbank CJSC (the other shareholder owning 20 percent of shares is The Netherlands- registered Beleggingsmaatschappij Jongo B.V). These are the entities through which Sirmakes is channelling the funds for the projects. Armswissbank CJSC is also responsible for emission of shares of “ArtsakhHEK OJSC” and is directly involved in promoting foreign investments in that entity.

It should be noted that “ArtsakhHEK OJSC” had more than 1,200 shareholders in 2012. In 2012 figures, the company’s share capital amounted to 10,6 billion AMD, only 47.9 percent of which is allegedly owned by the subordinate separatist regime, the rest being controlled by shareholders.

In July 2015, CEO of the “M.Energo-L CJSC” Alexander Mamounts informed that, at the initiative and investment of a Swiss businessman Vartan Sirmakes, a new water reservoir is being built at the intersection of the Hakari and Zabukhchay rivers in the occupied Lachyn district. The reservoir’s project was designed by the ArmWaterProject Company Ltd., which designed Armenia’s all major irrigation systems. It is expected to be the second largest reservoir in the occupied territories, after the Sarsang Reservoir, and will store some 12 million m3 of water. The project envisages the construction of one of the largest among the small hydro power plants built in the occupied territories with power generation capacity of 30 million kW/h. Exploitation of the reservoir is aimed at expanding the irrigation system in those territories. The reservoir will also be used for building fish breeding enterprise.

In October 2014, Gold Star CJSC started the exploitation of the gold mine (referred to by Armenia as “Tundurget”) near Vejnali village in the occupied Zangilan district of Azerbaijan.

Russia-based Tigom CJSC and Mashzavod Trud OJSC supplied mining equipment for the exploitation of this mine. According to the Armenian sources, a Swiss-Armenian businessman Vartan Sirmakes is funding the project. In May 2013, Bako Sahakyan visited the occupied Zangilan district and inspected on site the implementation of several projects, including exploitation of Vejnali gold mine. He underlined the significance of the mining industry plant for the “Kashatagh region”, adding that it would simultaneously solve a number of socioeconomic and demographic issues.

Back in 2001 Panarmenian News website reported that "Frank Muller" company will start production of first-class watches in Armenia. According to the representative of the company Georgy Muradyan, to come to this end Japanese equipment was delivered to Armenia. According to "Arminfo" agency information, only golden frames for watches will be produced in Armenia.

This issue opens a question of possible use of gold illegally mined at occupied territories of Nagorno Karabakh.

Sirmakes promised to contribute to the development of both Armenia and “Nagorno-Karabakh” through various programmes, creating new jobs and ensuring economic activity. Abrahamyan stressed the importance of the projects implemented in “Nagorno- Karabakh”.

According to some reports Sirmakes is the business partner of Armenia’s ex-Prime Minister Hovik Abrahamyan’s son Argam Abrahamyan.

At their meeting on 28 July 2015, Prime Minister H.Abrahamyan of Armenia and Vartan Sirmakes discussed a number of investment projects to be implemented in the occupied territories.

In 2017 during his trip to Geneva (Switzerland) president Serj Sargsyan personally awarded Sirmakes.

As it was reported by media “for valuable contribution to the development of Armenia’s economy, as well as for numerous charitable and public activities, Vardan Sirmakes was awarded the First Degree Order for Services to Homeland”.

Sargsyan also appointed him as the Consul General of Armenia in Marseilles (France).

In November 2015 Narimanov District Court of Baku has ruled to remand in custody Vartan Sirmakes, a citizen of Switzerland. Azerbaijan applied to Interpol for Sirmakes’ arrest.

Earlier, Prosecutor General's Office of Azerbaijan applied to Switzerland to bring Vartan Sirmakes responsible for his unlawful visit “to the occupied territories of the country and for launching business there”.

According to Azerbaijan’s authorities, Sirmakes, a co-founder and CEO of Franck Muller Group, together with a group of persons he created, launched illegal economic activities in “the occupied Azerbaijani territories”.

Thus, to internationally promote the illegal regime established in the occupied territories, Sirmakes took part in the opening of the gold mine in the Vezhneli village, Zangilan region, without the consent of the relevant state bodies of Azerbaijan”.

The Investigation Department for Grave Crimes of the Prosecutor General's Office filed a lawsuit basing on Articles 318.2 (illegal crossing of the border of the Azerbaijani Republic), 281.2 (open calls against the state), and 192.2.2 (illegal entrepreneurship) of the Criminal Code of Azerbaijan.