Born on December 8, 1969 in Adler District of Sochi, Krasnodar region.

In 1987 graduated from secondary school number 59 and in the same year entered Leningrad Civil Engineering Institute.

In 1991 - 2000 worked as Deputy Director for Sports of the Youth and Labor Sports Base "Labor Reserves", served as Vice President of the “Pearl” Football Club (Sochi).

Since 2000, serves as the Chairman of the Board of Directors of the CJSC “SPA-HOTEL VESNA”.

Vice-President of the National Olympic Committee of the Republic of Armenia.

Awarded: Order of St. George ("For great assistance in building the Armenian Apostolic Church of St. Sarkis"), Order of the International Federation of Wrestling Associations (FILA), Order of "Honor and Glory", as well as honorary diplomas and awards of the Olympic Committee of Russia and the highest Olympic Order of Armenia.

As Crimerussia reported, in December 2017, the U.S. authorities have imposed sanctions against 7 thieves-in-law and 3 businessmen who, according to the U.S. Department of the Treasury, had provided financial and legal support to crowned thieves. The sanctions list included businessman Ruben Tatulian vehemently denying for years any ties with the criminal world.

As it was said in official press release by The Treasury Department of US, “Ruben Tatulian is being designated for providing material support to the Thieves-in-Law.  In 2010, Tatulian was appointed as the “overseer” of the Sochi, Russia Thieves-in-Law operation run by a senior Thief-in-Law. 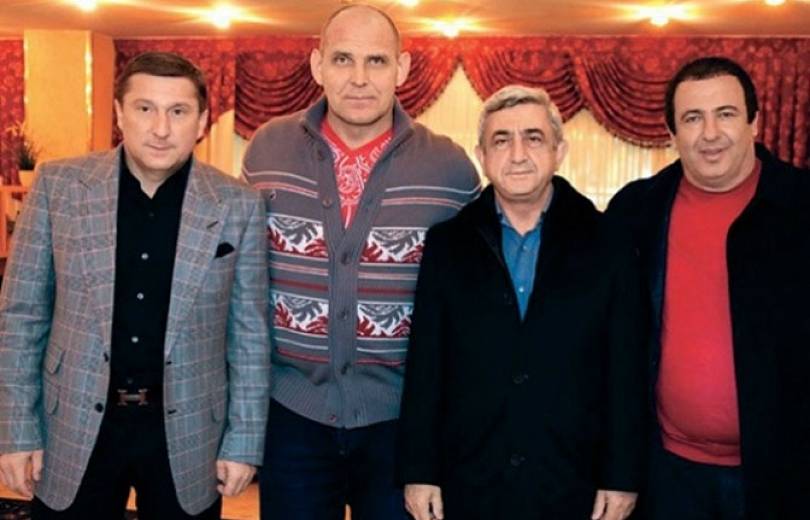 The newly-imposed sanctions restrict entrance to the U.S. for the blacklisted persons, prohibit American citizens from running joint business with them, and freeze their assets falling within the U.S. jurisdiction.

According to several media reports, in July 2017 Armenian Foreign Ministry has confirmed the issue of a diplomatic passport for Tatulyan.

As the ministry confirmed, Tatulyan received the document on legal grounds, “for activities aimed at the economic development of the country and the attraction of new investments.”

In late February 2016, media reported of the footage from the Sochi airport, which showed Tatulyan flagrantly violating the traffic rules and exhibiting the behavior of an inveterate road bully.

Later it was reporter that Tatulyan was officially registered as the advisor of minister Edward Nalbandian holding a diplomatic passport.